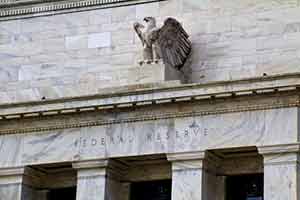 April 8, 2015, here are your stock futures, top market news, pre-market movers, and stocks to watch in the stock market today...

On Tuesday, The DJIA Index retreated sharply during the last 30 minutes of a busy trading session, erasing an earlier gain of more than 100 points. The sell-off comes the day before earnings season kicks off and the Federal Reserve releases minutes from the most recent FOMC Meeting.

Healthcare stocks were the best performers from the S&P 500, as biotech shares shook off four consecutive days of losses. The Nasdaq Biotech index (INDEXNASDAQ: NBI) and the iShares NASDAQ Biotechnology Index ETF (Nasdaq: IBB) added nearly 1% on the day.

Money Morning Tip of the Day: Turn market volatility to your advantage and earn more money on your investments by using a buying strategy called split entries.

The stock market has been volatile over the last several months. And we'll be dealing with this choppiness for the foreseeable future.

But you can turn these choppy markets into huge profits by using a tool called "split entries."

Here's how it works. Instead of buying your standard amount of a stock, you divide your entries into at least two tranches.

For example, say you want to invest in a company called Ultimate Tech Inc. at $50 a share. Start by investing half of your standard stock purchase at the current market price. In this case, 100 shares would cost you $5,000, but you cut that in half, starting with $2,500.

As soon as that market order fills, you put in what's known as a "lowball limit order." That's an order to purchase shares when they fall to a specified price.

I usually set mine at a 20% discount from my original entry price, but use your best judgment in each individual case.

In this case, you'd buy a second round of Ultimate Tech at $40 a share. When the stock falls to that price, your order automatically fills and you now have an average cost of $45, a 10% discount from your original order.

Now let's say Ultimate rallies all the way to $60. Based on your average price of $45, you have cumulative gains of 25%. Your original order has gains of 16.6%.

This is a great way to bake extra profits into your portfolio when markets are volatile.