For Oct. 20, 2015, here's your top stock market news and stocks to watch based on today's market moves… 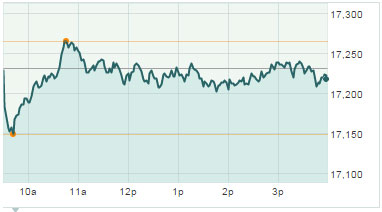 The Dow Jones Industrial Average today (Tuesday) slipped 13 points as declines in the healthcare sector offset optimism elsewhere on the exchange. The S&P 500 slipped slightly, while the Nasdaq was weighed down by shares of Tesla Motors Inc. (Nasdaq: TSLA). Tesla stock slipped more than 6% on the day after Consumer Reports removed the Model S luxury electric car from its recommended list and said it had below-average reliability. Here's how you should play TSLA stock after today's drop.