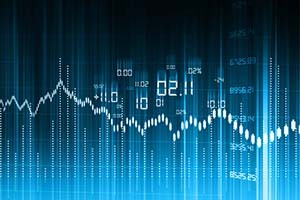 Just days ago, pundits were predicting that Trump would fuel a massive sell-off that would cripple the equity markets. Now, we're seeing stocks at levels never seen before in the history of the markets.

Let's look at the final numbers Thursday for the Dow, S&P 500, and Nasdaq:

The Dow Jones surged another 218 points to an all-time closing high after investors erased concerns about Donald Trump's presidential election victory. The market swing is reminiscent of the sharp downturn and strong rebound of the global markets after Britain voted in June to leave the European Union. With markets on a strong run, our readers are now asking us, "What are the best stocks to buy when Trump is president?" [Editor's Note: We outline three must-own defense stocks, here.]

On the governmental front, investors are eyeing reports that Trump may consider JPMorgan Chase & Co. (NYSE: JPM) CEO Jamie Dimon for the role of Treasury Secretary. But that wasn't what sent the financial sector up another 4% today. It is the expectation that President-elect Trump will not hinder an interest rate hike in December and expectations that Trump's proposed fiscal policy plans with Congress will spur greater inflation.

New President-elect Donald Trump has stressed his full-throttled opposition to Obamacare. Despite the overwhelming support to repeal the bill, Trump must find a way to ensure that it is replaced by a healthcare plan that works for all Americans. There are three ways Trump can end Obamacare with his newfound executive power. Check them out, right here.

The price of crude oil was falling today as traders focused on OPEC's production deal as the global energy cartel plans to meet later this month. Doubts remain over whether OPEC will be able to get countries like Russia to join its production cuts or to prevent increased squabbling between Saudi Arabia and Iran.

But the big news is again the U.S. election. On Thursday, President-elect Donald Trump met in the Oval Office with President Barack Obama to discuss transition strategy and unity between the two political parties. It was the first time that the two ever had a conversation and met face-to-face. Washington is still shocked by the Republican sweep of the White House and the legislative branch. In fact, one of the most surprising facts about the race was that Hillary Clinton outspent Trump by a 2:1 margin. Here's a breakdown of campaign money, right here.

Of course, investors are looking for the best way to capitalize on the Trump presidency. That's why investors should read more about the best investments for when Trump is president.

Money Morning Director of Tech & Venture Capital Research Michael A. Robinson said U.S. and global markets will likely experience some instability over the next several weeks as Tuesday's election results sink in. But Robinson explains that he has found the perfect investment to own over the next four years as Trump faces a relentless challenge on the global front. [Editor's Note: Read all about this profit-gushing fund, right here.]