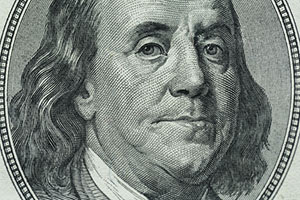 On Wednesday, the U.S. Federal Reserve raised interest rates for the first time in a decade, as the job market continues to show strength and inflation levels are approaching the central bank's target. The Dow came within 50 points of hitting 20,000.

The Dow Jones rallied again on Thursday – adding 60 points – as banking stocks continued to rally due to confidence in President-elect Donald Trump's economic policies. Trump's plans for income tax cuts, corporate tax reform, and infrastructure spending are expected to spur inflation higher. As a result, the Fed may need to raise interest rates again, which will increase the cost of loans and benefit financial institutions.

Gold prices and silver prices plunged after the U.S. dollar hit its highest level since 2003. Gold prices dipped 2.7%, while silver fell 6.8%. Gold prices are sitting at a 10-month low.

Crude oil prices were flat on Thursday as a rising dollar weighed on trader sentiment.

It was the sixth straight week of inventory builds at the facility. However, the EIA also reported a total U.S. inventory decline of 2.6 million barrels, when analysts had expected a build of roughly 1 million barrels of crude.

On the geopolitical front, Iran warned of an inevitable World War III that includes the annihilation of Israel if U.S. President-elect Donald Trump breaches the 2015 nuclear deal between Tehran and Washington. What was it that Trump said that put Tehran on the defensive?

The big news today is what one hacking event can do to a technology stock.

Shares of Yahoo! Inc. (Nasdaq: YHOO) plunged more than 5.8% on news that the company was hacked in 2013. The cyberattack compromised 1 billion email accounts and could end up costing the company $1 billion in its deal with Verizon Communications Inc. (NYSE: VZ). Verizon said that it will explore a lower price for the core assets of Yahoo or pull out of the deal altogether. The buyout is supposed to close in the first quarter of 2017. Here's everything you need to know about the Yahoo hack 2016.