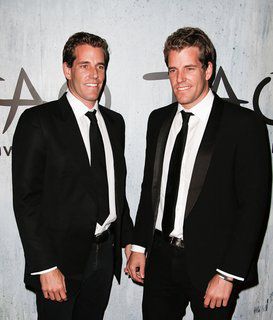 The Winklevoss Bitcoin ETF is the best way for retail investors to reap profits from predicted Bitcoin price gains of 200% to more than 1,000%.

The only stumbling block is whether the U.S. Securities and Exchange Commission (SEC) will approve it.

The SEC must decide by March 11 (Saturday) whether to approve a rule change that would allow the Winklevoss ETF to begin trading. While many skeptics consider a green light from the SEC a long shot, the odds are better than many think.

And if the SEC does give its blessing, a Winklevoss Bitcoin ETF IPO will follow - opening the door for retail investors.

Although it's based on a high-tech digital currency that's less than a decade old, the Winklevoss Bitcoin ETF will strike many investors as familiar. That's because its creators - twins Cameron and Tyler Winklevoss -- modeled it on the popular SPDR Gold Trust (NYSE Arca: GLD).

Shares offered by the Winklevoss Bitcoin Trust will be backed by Bitcoin held by the trust, just as the SPDR Gold Trust backs its shares with physical gold.

The main difference between the two is that the commodity upon which the Winklevoss ETF is based is digital, not physical.

But if the history of the SPDR Gold Trust is any guide, the Winklevoss Bitcoin ETF will be a major success...

The amount of gold held by the trust soared from about 100 tonnes in November 2004 when it launched to more than 1,350 tonnes in December 2012. The infusion of money invested in GLD helped drive gold prices from $400 to $1,800 over that span.

Must See: For only the third time in 20 years, a metal more rare and more exotic than gold is about to make stock market history. And it’s poised to make early investors a lot of money. Read more...

Interest in the Winklevoss Bitcoin ETF is expected to be very high. Spencer Bogart, head of research at venture-capital firm Blockchain Capital, believes the ETF will attract $300 million in its first week, likely causing the Bitcoin price to double.

Some Bitcoin price predictions go as high as $1 million, but that will only happen if the digital currency is adopted for one or more uses requiring massive scale, such as a global reserve currency.

That vast potential makes buying the Winklevoss Bitcoin ETF worth considering, even when you account for possible risks. The debate over how best to expand the Bitcoin network's transaction capacity, for instance, could cripple the digital currency.

In that event, Bitcoin would lose most of or all of its value.

But that's not likely. At this point, too many people and institutions have invested too much time and money into the Bitcoin ecosystem to allow that to happen.

Buying the Winklevoss Bitcoin ETF, then, is essentially a bet on the success of Bitcoin. It's a bet in which the reward far outweighs the risk.

That's because the rationale behind those huge gains in the Bitcoin price is grounded in tried-and-true financial principles.

This free report reveals how Bitcoin was designed to continue increasing in value for as long as people continue to use it. Find out why Bitcoin could be the most rewarding investment you'll ever make...