The Dow Jones today is dropping thanks to more turmoil in Spain over Catalonian secession...

Dow Jones futures are down 85 points ahead of the opening bell as Spain's proposal to strip Catalonia's leaders of their authority tanked European stocks. The CBOE Volatility Index (VIX) surged more than 14.6% on the 30th anniversary of Black Monday back in 1987. The downturn comes a day after the Dow closed above 23,000 for the first time.

Fortunately, savvy investors know how to profit when the markets are rocky. Here's how to make a killing when everyone else is panicking... 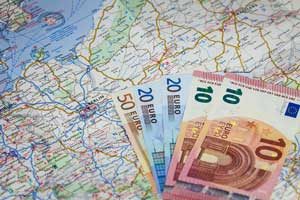 Urgent: Feds use obscure loophole to threaten retirees. If you have a 401(k), IRA, or any type of retirement account, this could cause you to miss out on $68,870 or more. Read more...

The Four Events That Will Make Marijuana Investors Rich