The Dow Jones today is already up 110 points in pre-market hours after Fed Chair Janet Yellen announced she will resign as a Fed governor after she's replaced as chair.

Traders will also be focusing on retail stocks ahead of Black Friday, the historic sales day where retailers' revenue push them into the red. Here's the hottest way to play the "Retail Ice Age" this year... 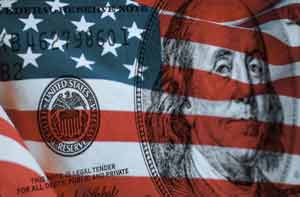 I would like to get in early to position myself for the Great pot explosion coming to California.