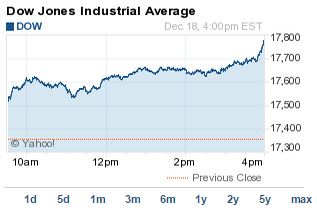 What Moved the Markets Today: Weekly jobless claims registered at 289,000, while the Philadelphia Fed Index pulled back significantly in the month of November. But investors continued to cheer the Federal Reserve's language from yesterday's Federal Open Market Committee statement. The central bank said it will remain "patient" with its timeline on when it might raise interest rates. The Dow Technology component fueled the market's run today, gaining more than 2.4%.

18220 Reads
These 3 High-Yield REITs Pay 8%, 10%, and 12% Dividends
REITs produce gobs of cash from rent and other fees generated from properties including office buildings, storage units, multifamily units, and more.