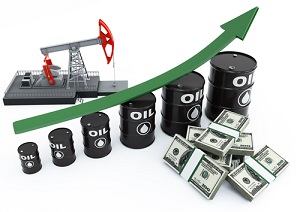 Futures for the Dow Jones Industrial Average today (Wednesday) were up 119 points this morning on growing M&A activity and a fourth-straight day of rising oil prices. No members of the U.S. Federal Reserve will be speaking today, which puts an increased focus on the released of the minutes from September’s FOMC meeting.

Yesterday, the Dow Jones Industrial Average added 13 points as shares of DuPont Co. (NYSE: DD) led the gains. Shares of DuPont surged more than 7.6% on news the company's chairwoman and CEO Ella Kullman will retire in October. The announcement comes after a long battle against activist investor Nelson Peltz and his hedge fund Trian Fund Management LP. Meanwhile, investors added more caution after the International Monetary Fund slashed its 2015 growth forecast to 3.1% on concerns related to falling oil prices and China's slowing economy. The Nasdaq slipped a little less than 1% on the day.