For Nov. 17, 2015, here's the top stock market news and stocks to watch based on today's market moves… 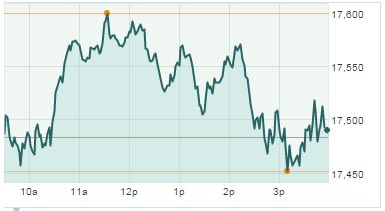 The Dow Jones Industrial Average today (Tuesday) gained only six points after a bomb threat in Germany canceled an international soccer match and renewed concerns of terror attacks across Europe. A German official said a bomb attack had been planned in Hanover, where the match was scheduled. The news offset positive earnings reports from retailers. In addition, U.S. inflation readings suggested the U.S. Federal Reserve will likely raise interest rates in December; however, given recent geopolitical concerns across Europe and the United States, is the Fed going to change its rate hike forecast?