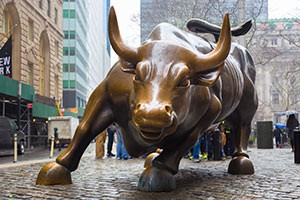 Futures for the Dow Jones Industrial Average today (Thursday) were up 56 points as global stocks rallied and traders prepare for the release of weekly jobless claims.

Yesterday, the Dow Jones Industrial Average gained 247 points following the release of minutes from the October 2015 FOMC meeting. The U.S. Federal Reserve's minutes suggested many of its officials are encouraging an interest rate hike in December, despite concerns about the nation's long-term economic potential. CME FedWatch suggests there is a 67.8% chance the central bank will raise interest rates at its next meeting on monetary policy. So, will the Federal Reserve raise interest rates?