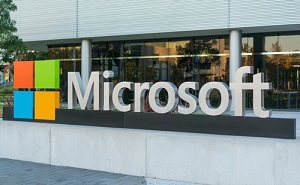 This morning, the Dow Jones Industrial Average is trending higher as investors continue to monitor the latest round of earnings reports and economic data.

U.S. jobless claims stayed near a 43-year low as companies continue to hire and retain talent.

It's also been a positive week for financial stocks as investors cheer strong earnings reports. Expectations are rising that the Federal Reserve will increase interest rates in December because of positive economic data.

But while everyone is growing more optimistic, another big story is brewing that everyone seems to have ignored.

There is a crisis brewing in the consumer debt markets… and it all comes back to one terrible word from the 2009 financial crisis: Subprime lending.

On Wednesday, the Dow rallied as energy stocks surged thanks to a big boost in oil prices.

Now let's look at the most important market events and stocks to watch today, plus your economic calendar, for Oct. 20, 2016.

The Dow Jones Industrial Average projected a 21-point gain as investors weighed mixed earnings results and economic data on the health of the U.S. economy and job market.

According to the Commerce Department, housing starts declined 9% in September. That was the second straight month of declines, which has prompted fears of another U.S. housing bubble. Money Morning breaks down questions about housing, and lays out the ten most overheated housing markets in the United States. Do you live in one of these ten cities?

The price of crude oil today is sliding despite yesterday's surprise report by the Energy Information Administration. The federal agency reported a surprise drop in weekly inventory levels. For the week ending Oct. 14, domestic crude inventories declined by 5.2 million barrels. That was nearly double the consensus estimate of economists. After the WTI crude price hit its highest level since July 2015, traders are taking some gains off the table.

But the big story in premarket hours is last night's debate between GOP nominee Donald Trump and Democratic nominee Hillary Clinton. In the final matchup between the political opponents, the two traded barbs on issues ranging from foreign policy to tax hikes. Of course, the biggest source of fireworks is the accusation by Trump supporters that the election could be rigged. That theory is fueled by news that election machines tied to Clinton-backer George Soros have been deployed in 16 states. Here's what you need to know on that story.

With the election less than 20 days away, keep up with our latest 2016 Election coverage, right here.