For Nov. 10, 2015, here's the top stock market news and stocks to watch based on today's market moves… 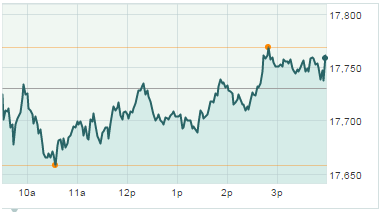 The Dow Jones Industrial Average today (Tuesday) added 27 points on a choppy day of trading. A gain in healthcare stocks was unable to fight off a more than 3% decline in Apple Inc. (Nasdaq: AAPL) stock.

Investors also remain on watch as expectations for an interest rate hike by the U.S. Federal Reserve in December weighs on sentiment. In a surprise announcement today, Minneapolis Federal Reserve Bank President Narayana Kocherlakota, the most dovish policymaker on the Fed Open Market Committee, said he will not participate in the discussion next month when the central bank considers its first rate hike since 2006. According to CME FedWatch, the markets project a 67.8% probability the Federal Reserve will raise the benchmark rate from 0.25% to 0.50%.