For Nov. 19, 2015, here's the top stock market news and stocks to watch based on today's market moves… 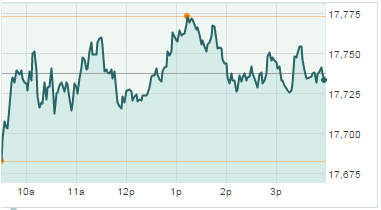 The Dow Jones Industrial Average today (Thursday) slipped a little more than four points on a busy day of economic data and stock debuts. This morning, weekly jobless claims hit 271,000, in range of consensus expectations. The report provides little change to the overall employment conditions of November, raising the stakes for the final report of the month next week and the monthly jobs report on the following Friday. Investors continue to parse through employment data and speeches of members of the Fed Board of Governors for clues on whether the central bank will raise interest rates during the December FOMC meeting.

The healthcare sector received a massive shock today after UnitedHealth Group Inc. (NYSE: UNH) issued a profit warning and announced it might depart from the Affordable Healthcare Exchange by 2017. The departure would be a massive blow to Obamacare and would force other health insurance companies to pick up the slack and take on more high-risk patients. UNH shares fell 5.7%, pulling its peers down with them. Shares of Anthem Inc. (NYSE: ANTM) fell 6.9%, while Aetna Inc. (NYSE: AET) cratered more than 6.4%.