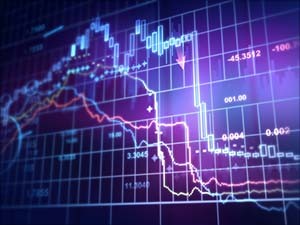 Dow Jones Industrial Average News, 7/11/2016 – It appears that the Bank of Japan is on the verge of repeating history… for the umpteenth time. Speculation that the central bank could introduce a new round of stimulus was helping to drive the markets higher. But it's not just the potential for more stimulus.

A string of positive economic data and plunging bond yields are driving investors into the stock market. With Friday's jobs report indicating that the U.S. economy is not slowing down, investors are turning their eyes to earnings season.

It's been quite a turnaround for the markets in the last two weeks. We were staring at nearly four-month lows two Mondays ago. Now, the S&P 500 has rallied roughly 7%. While the mainstream press is cheering the rally, our Global Credit Strategist Michael Lewitt is warning that the underlying problems for the global economy are on the verge of catching up with us.

The S&P 500 closed at an all-time record high on Monday ahead of a very busy earnings season. Investors poured into stocks despite concerns about declining earnings, ongoing market volatility, and weak global growth. If anyone is worried about the health of the global markets and needs to know what sort of stocks to own in the face of ongoing risk, check out this insider report from Money Morning Chief Investment Strategist Keith Fitz-Gerald. He offers a certain class of stocks that will perform over the long term.

But the big news is the shopping holiday that kicks off tomorrow. Amazon.com Inc. (Nasdaq: AMZN) will host its second annual Prime Day. Its rival Wal-Mart Stores Inc. (NYSE: WMT) has announced that online shoppers can receive free shipping over the next five days in order to compete with Amazon. AMZN stock added 1% today and now has a market capitalization that is higher than Warren Buffett's Berkshire Hathaway Inc. (NYSE: BRK.A).

Amazon stock started to climb after last Prime Day, so is it worth adding it to your portfolio? Here's our advice for AMZN stock after Prime Day.