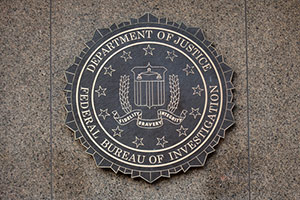 "In connection with an unrelated case, the FBI has learned of the existence of emails that appear to be pertinent to the investigation… I agreed that the FBI should take appropriate investigative steps designed to allow investigators to review these emails to determine whether they contain classified information, as well as to assess their importance to our investigation," Comey wrote to the Senate Judiciary Committee.

The FBI has not set a time frame for its investigation, although there are just 11 days to go until the election. The investigation could easily dog a Clinton administration well into its first two years as congressional committees gear up for hearings and additional probes.

Meanwhile, the S&P 500 was weighed down by healthcare stocks and a downturn in Amazon.com Inc. (Nasdaq: AMZN) after a bleak earnings report. The iShares NASDAQ Biotechnology Index (ETF) (Nasdaq: IBB) fell 1.2% after a lackluster round of earnings reports.

The Dow Jones rallied 62 points in morning trading but quickly reversed course after news of the new Clinton email probe. The Dow finished the day down seven points.

The markets had pushed higher after the U.S. Commerce Department announced that third-quarter GDP increased by 2.9%, a figure that topped economists' expectations. It was also the strongest quarterly figure in two years.

At 8:30 a.m., when the agency released the report, the top-line figure looked terrific. However, after digging through the Q3 GDP report, a few things stand out. The figure was padded by large gains in domestic inventory levels and increased exports. Unfortunately, the U.S. economy saw very tepid personal consumption figures and weak capital investment. With the Fed Open Market Committee's penultimate meeting scheduled for Tuesday of next week, it will be interesting to see how the central bank interprets this latest economic report.

The University of Michigan reported the final monthly consumer sentiment report before the 2016 presidential election. According to the data, consumer confidence fell to 87.2 in September, its lowest level since 2014. This signals that Americans are less confident in the U.S. economy, although the election could be weighing on sentiment.

In other energy news, Exxon Mobil Corp. (NYSE: XOM) and Chevron Corp. (NYSE: CVX) both reported third-quarter earnings before the bell on Friday. XOM slipped 0.8% after the global energy giant reported an EPS of $0.63, topping analyst expectations of $0.60. However, the energy giant's revenue fell short of expectations by roughly $1.9 billion. The firm was plagued by the seventh straight decline in quarterly production output.

But the big story today was the mixed news for Amazon.com Inc. (Nasdaq: AMZN). AMZN stock fell more than 5% after the company reported weak Q3 profits and issued a bleak forecast for the busy holiday season. CEO Jeff Bezos said that the company's planned investments this quarter will likely weigh down its Q4 earnings report. However, the company did launch a bold project today that is flying under the radar. The global e-commerce giant has launched its signature Prime service in China. The annual membership service will include free shipping on orders valued over 200 yuan. Amazon hopes it will be able to tap into the demand for overseas products.

The announcement is also a shot over the bow of Alibaba Group Holding Ltd. (NYSE: BABA), the largest e-commerce company in China.