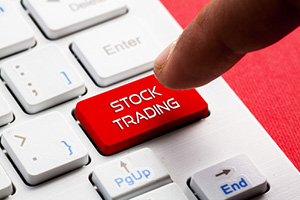 The Dow Jones Industrial Average today was flat before the closing bell on Thursday thanks to a dip in financial and technology stocks.

The Dow is very unlikely to hit 20,000 in 2016 even though the index came within 20 points of the psychological barrier earlier this week.

With the new year in our crosshairs, Money Morning has compiled a list of our best stocks to buy for January 2017.

The Dow Jones was flat on Thursday after a lackluster round of economic data by banking and technology stocks. Shares of Goldman Sachs Group Inc. (NYSE: GS) fell roughly 1% as investors took some gains off the table. But since Nov. 1, the GS stock price is up a staggering 33.8% thanks to increased optimism over the incoming Trump administration.

The Federal Reserve's calls for higher interest rates has driven increased speculation over the impact of monetary policy on the U.S. economy and the stock market.

Over the last two weeks, Money Morning has been putting together a guide on how higher interest rates can cause a stock market crash. Money Morning Global Credit Strategist Michael Lewitt and Chief Investment Strategist Keith Fitz-Gerald offer their unique perspective on how to protect yourself in the short term and invest for the long term. Read about it, right here.

Crude oil prices were falling again on Thursday after the Energy Information Administration announced a surprise decline in domestic crude inventories. The WTI crude oil price today fell 0.6% after the agency said that inventories increased by 614,000 barrels last week. Analysts had expected a decline ranging from 1.2 million to 2.1 barrels. The uptick was especially high in Cushing, Okla., where the build increased by 172,000 barrels.

Money Morning Global Energy Strategist Dr. Kent Moors has spent the last two weeks of 2016 putting together his 2017 oil price forecast for our readers. Earlier this year, he set predictions for December 2016 for both WTI crude and Brent crude. Sure enough, both types of oil are trading in the range he projected. Now, he's setting his price targets in his 2017 oil forecast.

But the big story today is Bitcoin...

While everyone is caught up in the mania of Dow 20,000, the crypto-currency has quietly surpassed $950 per coin. With $1,000 in sight for Bitcoin prices, investors are growing more optimistic that the alternative investment is about to break into the mainstream. Demand has been fueled by a huge surge in buying in China and India.