In Dow Jones news today (Thursday, May 11), the index fell by 23 points after a weak round of Q1 earnings reports, while the Nasdaq and the S&P 500 dropped from record levels. Shares of Microsoft Corp. (Nasdaq: MSFT) and Intel Corp. (Nasdaq: INTC) dragged the Nasdaq lower. 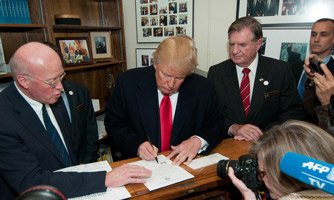