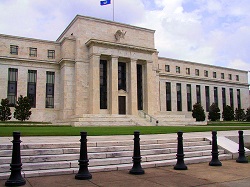 U.S. stock futures forecast a 33-point decline after the U.S. Commerce Department announced the July unemployment rate stayed flat at 5.3%. Fresh numbers from a jobs report this morning revealed the American economy added a solid 215,000 jobs last month. This is one of the final two jobs reports ahead of the FOMC's September meeting, where it will decide on an interest rate hike. [Editor's Note: Here's a list of the best investments to own going into a Federal Reserve rate hike…]

Yesterday, the Dow Jones Industrial Average fell 120 points, while the Nasdaq slipped more than 1.6% after media and news stocks plunged on quarterly earnings that revealed more consumers are unplugging from cable. It was the sector's worst two-day performance since the financial crisis. Shares of Viacom Inc. (Nasdaq: VIAB) slipped more than 14% after the company reported a 44% decline in revenue for its film-entertainment division. Shares of New York Times Co. (NYSE: NYT) slipped nearly 3%, while Twenty-First Century Fox Inc. (NYSE: FOX) dipped 6.7% on the day. Meanwhile, shares of Netflix Inc. (Nasdaq: NFLX) gained another 1% this morning as the company continues to benefit from consumers "pulling the plug."