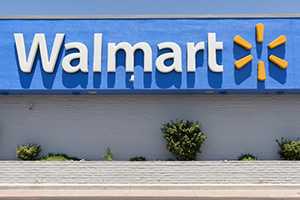 Over the weekend, Accenture Plc. (NYSE: ACN) became the latest company to announce a hiring spree in the United States. The consulting and professional services giant said it would create 15,000 new positions in the country.

On the global front, Greece met with its European creditors Monday to discuss potential economic reforms to prevent a possible bankruptcy. Europe is also considering a possible deal that would see it exit from the euro this summer. Some speculators are suggesting that Greece may peg its currency to the U.S. dollar. This deal is just the latest problem in the failing European Union. As Money Morning Global Credit Strategist Michael Lewitt explains, the European Union likely won't make it another five years.

On Monday, the U.S. markets were closed in observance of Presidents Day. On Friday, the Dow added more than one point as energy stocks slumped and investors looked abroad to a potential massive shakeup in the politics of France.

The Dow Jones Industrial Average projected a 61-point gain as investors eye another busy day of earnings reports and statements by members of the U.S. Federal Reserve. In earnings news, pay attention to a report from Home Depot Inc. (NYSE: HD). The home improvement retailer is expected to report earnings per share (EPS) of $1.33 on top of $21.79 billion in revenue.

Gold prices are on the rise as investors eye a busy day of speeches by members of the Federal Reserve. Three presidents of various Fed banks will talk Tuesday and may offer some clues into the timing of the central bank's next interest rate hike. The Fed Open Market Committee will meet again in mid-March. According to CME Group's FedWatch Tool, the markets currently foresee a 17.7% probability of a rate hike next month.

While investors are focusing on the Fed this week, they might be missing a great opportunity to make money by investing in the best gold stock to buy. We've just identified one of the best gold stocks to buy to profit from surging gold prices. And how much is gold poised to rally?

Money Morning Resource Specialist Peter Krauth says two factors will drive the price of gold 13.5% higher this year. Here's what you need to know and how to profit.

Crude oil prices were on the rise despite evidence that U.S. crude production is on the rise. On Friday, Baker Hughes Inc. (NYSE: BHI) announced that the number of domestic rigs in service increased again, while the U.S. Energy Information Administration (EIA) announced last Wednesday that the United States is sitting on record crude stockpiles. News of this uptick has largely offset optimism that OPEC producers could surpass their plans to cut more than 1.8 million barrels per day (bpd) out of global production.

While everyone is tied up on the big macroeconomic news in the oil sector, they need to know about a major event happening in the natural gas sector. Money Morning Global Energy Strategist Dr. Kent Moors offers his insight to an exclusive meeting in Frankfurt, Germany. As the only American in the room, Dr. Moors explains the real geopolitical challenges in the global energy sector and the truth about relations between Iran and the United States.

But the big story is Snap Inc. (NYSE: SNAP).

Here's what to expect with its IPO…

Last week, the parent company of Snapchat dropped its expected valuation to a range between $19.5 billion and $22.2 billion. This valuation means that the company will price shares between $14 and $16 each. Over the weekend, Snapchat executives visited London to woo investors ahead of its IPO. According to multiple reports, the company is facing a lot of skepticism due to its voting class structure, weak growth expectations, and lofty valuation.

Given that Snapchat lost more than $500 million last year – and may never run a profit ever – is buying into this social media company a good idea for investors like yourself?

To answer this question, Money Morning has put together a free Snapchat stock guide.

Here is everything you need to know about the Snapchat IPO and how to trade it.

23083 Reads
Sell These 3 REITs Before It's Too Late
We love REITs, but they aren't created equal. These three REITs shouldn't be anywhere near your portfolio.