For Oct. 12, 2015, here's your top stock market news and stocks to watch based on today's market moves… 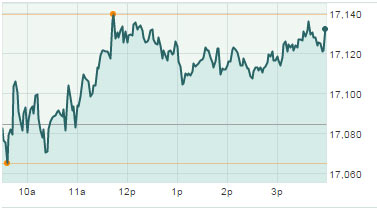 The Dow Jones Industrial Average today (Monday) gained 47 points in a day of light trading as investors kept their focus on a falling U.S. dollar and the growing expectation that the U.S. Federal Reserve will not raise interest rates in October or December. With just one major company reporting earnings during a federal holiday (Columbus Day), traders bent an ear to speeches by three members of the Fed Open Market Committee.