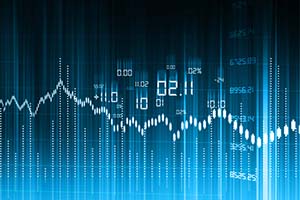 The Dow Jones Industrial Average was back at record levels again on Tuesday as investors continue to pile into equities.

Trending Now: The Next European Brexit Crisis Is in Energy

Before we get to today's top news, check out the results for the Dow Jones, S&P 500, and Nasdaq:

The S&P 500 and the Dow Jones closed at all-time records on Tuesday as energy stocks rallied. Crude oil prices rallied higher, bouncing off two-month lows. WTI crude prices were up 4.3%, while Brent crude prices were up 4.6%. Prices pushed higher after a surprise report from OPEC indicated that production by non-members of the global cartel is set to decline. Shares of Chevron Corp. (NYSE: CVX) added 1.4%, while share of Exxon Mobil Corp. (NYSE: XOM) added 1%. Oil field service giants Schlumberger Ltd. (NYSE: SLB) and Halliburton Co. (NYSE: HAL) saw their shares increase by 2.4% and 3.6% on the day.

On the macroeconomic side, Brexit fears have largely subsided, while the Bank of Japan is on the verge of another round of financial stimulus. Japanese Prime Minister Shinzo Abe ordered another round of stimulus after his political coalition won a landslide election victory. The biggest problem: Central bank lies are propping up the stock markets right now. And as our Capital Wave Strategist Shah Gilani explains, it could get very ugly, very fast for traders.

Despite the positive sentiment, investors are still keeping a close eye on the U.S. Federal Reserve. Earlier today, St. Louis Fed President James Bullard argued the case for a single rate hike at some point in the near future. Bullard, who does vote on the Fed Open Market Committee, has recently raised eyebrows when he said he thinks the United States is entering an extended period of low growth, low inflation, and low unemployment. Later this afternoon, Minneapolis Fed President Neel Kashkari and Cleveland Fed President Loretta Mester will speak.

But the big news is Amazon.com Inc. (Nasdaq: AMZN), which is hosting its second annual Prime Day. AMZN stock slipped 1%, a day after its market capitalization ticked higher than Warren Buffett's Berkshire Hathaway Inc. (NYSE: BRK.A). The event features 100,000 deals and takes place in 10 nations. Keep in mind, AMZN stock climbed after last Prime Day. So is it worth adding it to your portfolio? Here's our advice for AMZN stock after Prime Day.

Gold prices and silver prices were dipping again on Tuesday as global equities continued to rally.  Here's everything you need to know about silver prices right now.